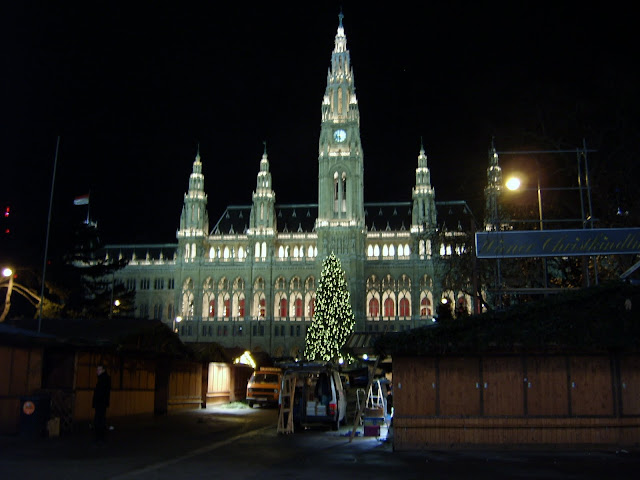 In 2010 we decided to do something different for Christmas, something like travelling on Christmas day and visit one of the most lovely city of Europe. Not bad as idea…but still…normally people celebrate Christmas with their families….Christmas is one of those events that must be celebrated with family. Right, this is the way it should be but we chose to break the rules so…Wien, hier komme ich!

After a peaceful Christmas Eve at home, waiting for Santa like we used to do when we were kids, early on Christmas morning we headed to Malpensa airport as we had a plane to catch, destination Wien!!! Yay!!!

Well, considering that last year I was travelling back home the day before Christmas I would say this was a step forward

So, we left the grey Milan early in the morning and at around 9.50 we landed to Vienna airport.

I do not know why, I always considered Austria a very well organized country and this time I realized that my opinion about a country I did barely known were right. We got to the airport and without too many difficulties we found our way to our hotel in Mariahilfer Straße . 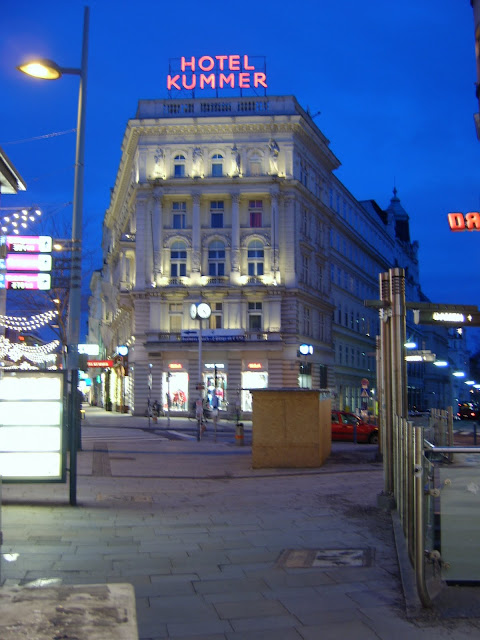 The hotel was very well positioned in one of the most popular shopping streets in Vienna and the city center was easily reachable.

The streets of Vienna were full of beautiful Christmas lights and the Christmas atmosphere was present everywhere. Outstanding places like the Museum Quarters, Albertina, Shonbrunn Palace, Kaiser Apartments, Belvedere, the churches, the crowded streets of Vienna made us think we were in a completely different world. Every single building in Vienna had something to tell about this ” royal” city with its grand reputation and impressive history. 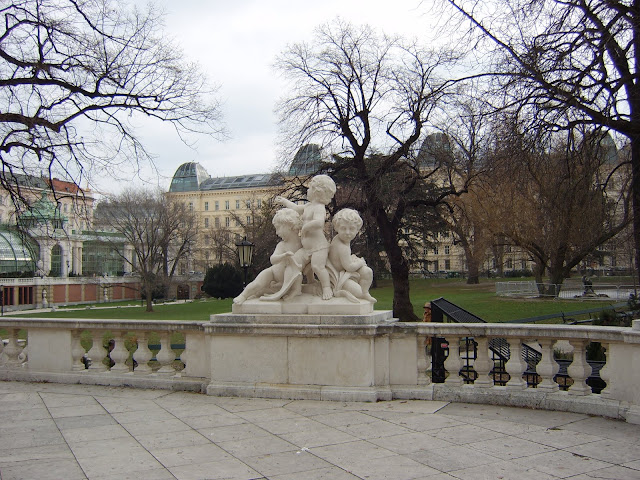 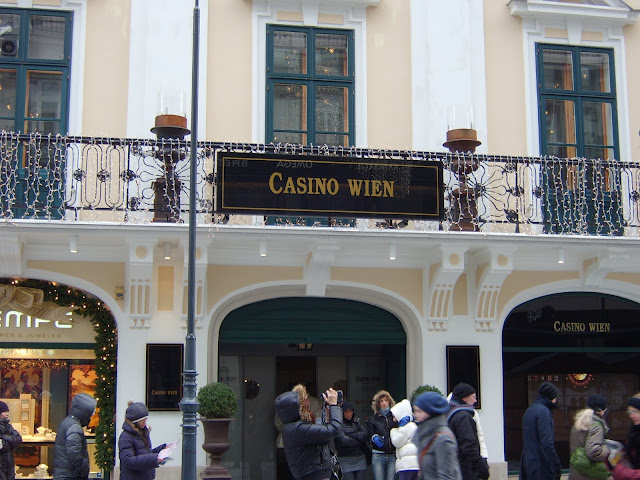 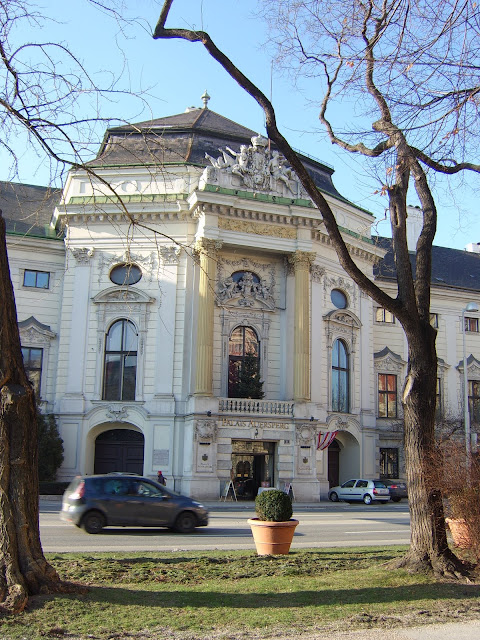 Every building had something to say through the details of its impressive architecture. 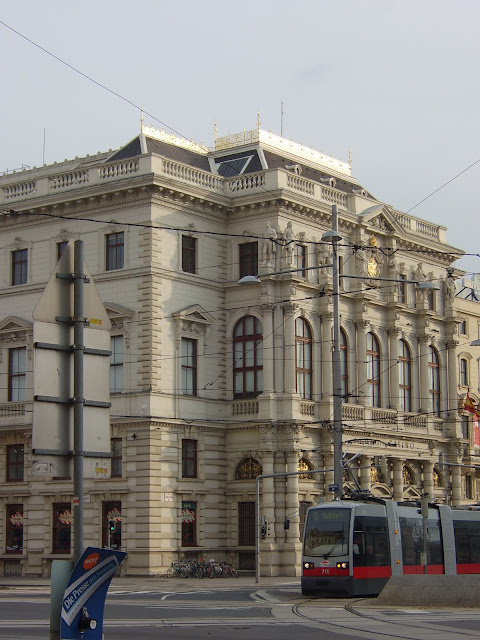 The center of Vienna was beautifully dressed for the holiday season. 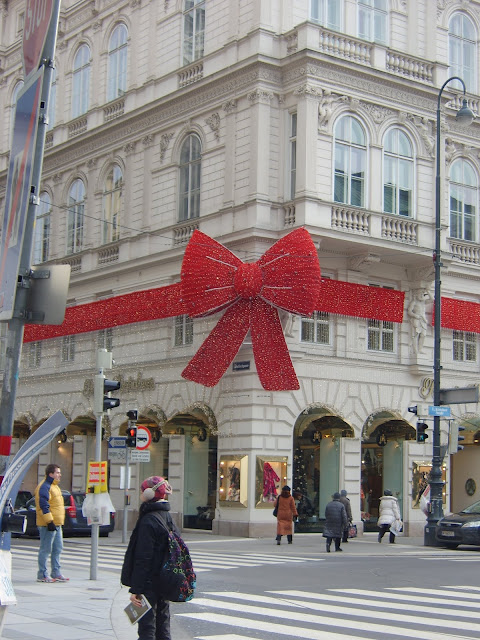 The Wurst Stands near Albertina serves you the best sandwiches in town.

If you feel like having something sweet you definitely need to try the original SacherTorte at the Sacher Hotel Caffe. You might wait for a while to find a place but it is worth it. 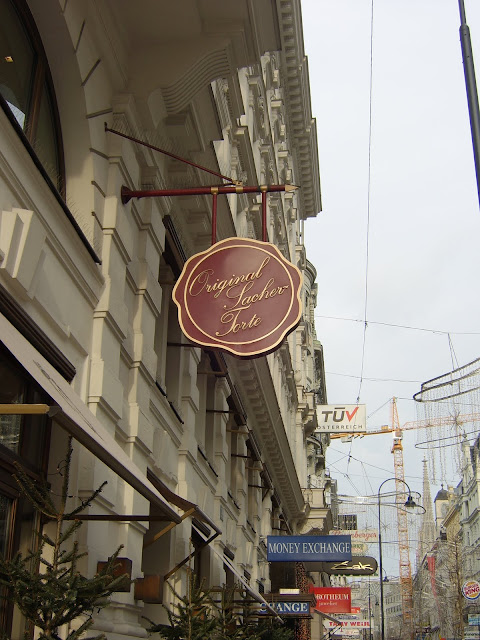 The cake is delicious . And if you have it with a nice hot chocolate served with rum you might not feel the cold outside anymore …:)…. 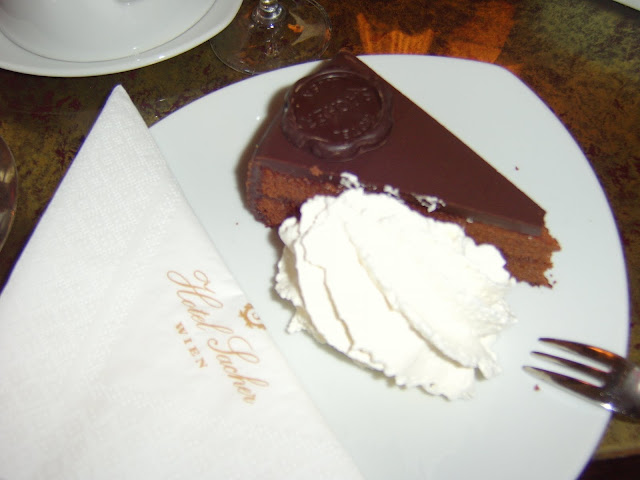 You may also have something to eat at Vapiano, a particular restaurant with a very original way of serving food.

It was funny to see the Lucky Noodles in various places in Vienna. It seem that there is some sort of the noodles culture there. I was tempted to try them but in the end my husband was the only one to do it :).

We were pleasantly surprised to hear our native language almost everywhere in Vienna: in the shops, on the streets, in the restaurant where we had lunch.

What else can I say?! Vienna is a lovely place to visit so if you ever get a chance to go there, don’t miss it.